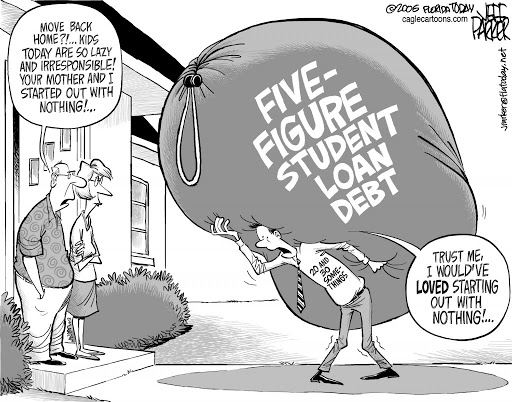 Much of the discussion surrounding the Occupy Wall Street protest movement has turned towards the rising costs of higher education. This is likely because many of the protesters are young, college educated and saddled with enormous federal debt. The Los Angeles Times had a piece this weekend discussing the issue. It was good article, but I’ve noticed something missing in all the coverage. Something that colleges, students and even parents don’t seem to want to talk about. Not all college degrees are created equal.

Have you noticed that almost all of the protesters interviewed have undefined liberal arts degrees? Where are the chemical engineers or the nurses or the accountants? Working, that’s where. The stark reality is there are more college majors than fields with actual paying jobs. I never heard this when I was 18. Like most, I was led to believe that just having a college degree was enough. But it’s not. I had to figure it out on my own through a series of missteps and major changes.

However, I was fortunate to see the reality before it was too late. I’m not saying it’s the protesters’ fault. The higher education system is primarily run by people with liberal arts degrees so it’s natural they give high regard to these fields. However, colleges are doing students a disservice by leading them to believe that simply by graduating with any degree, employers will be knocking at their door. Employers are looking for marketable skills. They don’t care what you know; they care what you can do.

Colleges need to do a better job of informing students about job prospects in their chosen fields. “Oh, you chose electrical engineering. The next four years are going to stink, but you can afford to live on your own when you graduate. Oh, you chose Irish literature. Hope your parents have a spare bedroom.”

It sounds harsh, but I wish someone had been that frank with me as an 18 year old. It would have saved me from stumbling around until I found a field I liked AND actually paid a salary. A friend recently shared this career planning Venn Diagram. It’s funny, but also wise in its simplicity. I think the protesters angry about their student loan debt are well-intentioned but misinformed. As students, we are are told to follow our passions and find our calling, but we are told to ignore money. As these protesters are finding out, that is bad advice. College is an investment, with returns that can be measured. It’s time we started doing a better job informing students about life after graduation. 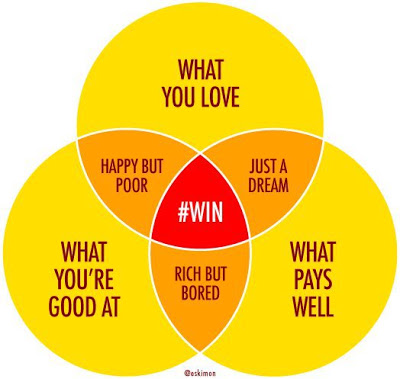